My passion: Connecting to the world.

This is prompted by Becky's blog:

My passion is connecting to the world around me through nature, music, deep discussions, writing, and reading.

Email ThisBlogThis!Share to TwitterShare to FacebookShare to Pinterest
: ME, things I love

Modesty. This is a topic that has been on my mind for months... I've thought about writing at least ten different blogs on the subject, but never came up with the words to express what I was thinking and feeling.

I believed my body was something that needed to be hidden. I needed to cover up to prevent others (particularly men) from thinking evil thoughts. I also believed that covering up my body kept me safe... or at least kept me safer. If I was modest, men were less likely to rape or assault me.

I hated my body. I hated everything about it.

As an eight or nine year old, I became so terrified of my body, I stopped showering naked. I wore a t-shirt and underwear, or an old swimsuit, or anything so that I wouldn't have to see my naked body. I did that up until I was fourteen years old. Around fourteen, I also developed an eating disorder.

My hiding continued. I wore layers and layers of clothing. I wore undershirts and shorts at ALL times. It was like I invented my own "garments" to keep me covered.

At CFC 1997, I had a therapist who wouldn't let me wear my layers. I actually had to walk around the mall in daisy duke shorts and a tanktop. He wanted me to understand that my body was not something to be hated. He was LDS, but also saw that my "standard" of modesty was not based on anything good for me.

When I left, I had gotten rid of my layers of underclothes, and I wore shorts and sleeveless shirts on occasion. I still struggled with feeding my body, but I had learned to accept it a little more. That is until Johnny.

I quit going to church. I didn't like it. At the time, I "knew" it was true, but I just couldn't bring myself to be active. I felt so guilty and horrible when I was there... I assumed that feeling would go away when I was "good", so I just needed to be "good", and then I'd like church.

Johnny was my home teacher. He was working hard to reactivate me. He came over and we read scriptures together, he invited me to church and to firesides. He spent a lot of time asking me what my sins were, so that I could repent. We also went on dates together.

One night, we went for a walk around the temple, and then he said he wanted to just sit and talk in the car. That was not what he wanted. I completely dissociated when he touched my stomach. I still can't remember what happened from my own perspective. When I remember that night, its as if I'm watching it all happen to someone else...

I believed I deserved to be assaulted. I believed I was no good. I didn't have a right to say no to him, he was better and more spiritual. I believed it was my fault - I had tempted him with my short shirt. (I was wearing overalls, but the shirt I was wearing showed skin on the sides of the overalls.)

I became devoted to the church and to modesty in an effort to (in essence) make men treat me the way I wanted to be treated. I wanted to deserve to have men respect me.

Two months later, I met Larry, six months after that I went through the temple and we got married. I loved garments. It was not a hard adjustment to wear them. I had hated my body my whole life minus the few months right after my time at CFC. I didn't have any desire to be "sexy" or beautiful... I just wanted to hide.

Larry treated my body horribly. He had no respect for it. The garments didn't make him treat me any better. But in my mind, they kept me safe. Nothing bad was happening to me or my body, because I was wearing them.

Fast forward ten years.
I'm trying to learn to love my body. Accept it. Stop hurting it. Respect it. Nobody at CFC 2008 asked me why I never wore shorts or sleeveless shirts. They accepted my "standard" of modesty and respected it. Nobody challenged me on it, but I sure needed to be challenged.

I'd been taught that modesty was all about respecting your body, but the reason I covered up was NOT respect. It was hatred. I knew that, but I wasn't ready to face it yet, so I didn't tell anyone.

Six months ago, I was ready to face that, but still terrified. I went through many different stories and emotions.
If Larry raped me when I was modest, what would happen to me if I suddenly wasn't?
What would people think of me if I showed off my shoulders?
(and on the reverse side) Why should I hide my body to control what other people think? It is NOT my responsibility to prevent a man from thinking dirty thoughts?
Why are sexual thoughts even considered dirty? He can think whatever he wants. Just don't touch me.
People already think I'm a slut and a whore because I live in BJ's house, wearing "immodest" clothing will just add to that.
What will BJ do if he suddenly sees my shoulders? Will he think I'm giving him permission to touch me "like that"?
Will Satan have power over me if I don't wear garments? What will he make me do?
My body is ugly. It NEEDS to be covered up. No one wants to look at me.
I want to learn to love my body, and I don't see how I can love my body if I insist it needs to be hidden. I want something different. It's time to try something different.

I started experimenting. A tanktop. Shorts. A $5 bikini from Wal-Mart. New underwear. Then I'd freak out and go back to wearing garments. And then I'd try again. (This has been over the course of months.)

This morning, as I got dressed I realized I have found a place that I am happy and comfortable with. I don't wear garments anymore. I can wear tanktops, but I prefer not to when I'm in public. I like my shorts to be shorter than they were when I wore garments, but not really short.

I now feel like I dress to respect ME. The way I dress tells me that I am beautiful, wonderful, and my body is perfect. It is a female body, and I can finally appreciate that. I don't like getting sunburned, but I LOVE the feeling of the sun on my shoulders. (Sunscreen is a beautiful thing.)

I do feel like pointing out that modesty has nothing to do with rape or sexual assault. A rapist will rape, and he doesn't care how a woman dresses. Most men are not rapists, and wouldn't hurt a woman no matter how she was dressed.

I no longer judge others on how they are dressed. I enjoy their expressions of themselves. I had no idea how harshly I was judging until I finally learned to dress MY way. Learning to love myself has definitely helped me learn to love others.

My mom has told me she dresses modestly, because she loves and respects her body. It is something she only chooses to share with certain people. I appreciate that. It is her body, and she DOES get to choose how much she shares. My body is MY body, and I can (finally) choose how much I share.

I would like to go to a nudist beach one day. I'm not nearly comfortable enough yet. (Just the thought of seeing naked men triggers a nightmarish reaction.) One day, I think it would be a wonderful experience.

I know this was long and not very succinct, but it feels good to have gotten all of these thoughts out of my head and onto "paper". I feel lighter.
so says Me at 11:19 PM 10 comments:

Email ThisBlogThis!Share to TwitterShare to FacebookShare to Pinterest
: church, ME, recovery

A friend posted this link on facebook. I can't quite explain why I loved it so much. I cried lots of happy tears for those people who have wanted to get married and finally can and did.

Wait.
I just realized I looked at 60 wedding photos of couples I don't know, and I am still upright and thinking (mostly) sensibly.
Apparently, not only do I not have a problem with gay marriage, I love it!
I might have some little bit of romantic in me after all!
so says Me at 11:43 AM 2 comments:

Email ThisBlogThis!Share to TwitterShare to FacebookShare to Pinterest
: love, marriage

I spent yesterday with my aunt. She wanted to talk about her upcoming divorce. It's her second. She hasn't filed yet, but she's pretty sure that's what she wants and needs to do. We just talked.

It felt so refreshing that I could have a good, honest, open conversation. I shared my thoughts when she asked for them. She asked a lot of questions about my recent divorce, and I didn't hold back anything.

I don't know HER experience of me, but I know I loved my experience with her. (And this was what happened after feeling so afraid of going to my grandparents' house. SO glad I went!)
so says Me at 11:58 AM 1 comment:

Email ThisBlogThis!Share to TwitterShare to FacebookShare to Pinterest
: family, ME, things I love

I'm going to visit my grandparents today. I used to go visit them all the time - I'd just talk and hang out, but in the last two years, as I've tried to sort out my own life and feelings, I've avoided much of my extended family. I miss them, and so made the plans to go. Now I'm feeling anxious and afraid and part of me wants to run away.
Here's my fears (I'm listing them so that I can see the irrationality of it all later.)
My grandma will ask me about my callings in church. If she does, I plan on being honest and telling her I haven't been to church in two years. And I suppose the real fear is that she'll be really hurt or sad.
They'll talk about my cousins and their kids, and I'll feel like I'm "less-than" because I'm divorced twice and I don't plan on having kids.
My grandma will make comments about my weight, and it will do funny things to my head.
They'll ask questions about my life, and my life isn't what I used to want or used to think it should be... I'll feel the old shame.

It IS ironic, as I write this, I realize I already DO feel the old shame. Here I go. I hope to just spend time with my grandparents. Enjoy their company. I don't want people I care about to be triggers of old shame. I think the only way to disconnect them as triggers is to face the fear, the shame, and see that really... there is nothing there.
so says Me at 11:20 AM 5 comments:

Email ThisBlogThis!Share to TwitterShare to FacebookShare to Pinterest
: family, fear, should

Just thought I'd share a little bit of the loveliness at my house tonight: 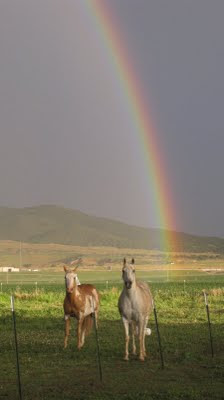