Blast from the past: Leaving the "perfect patient" behind 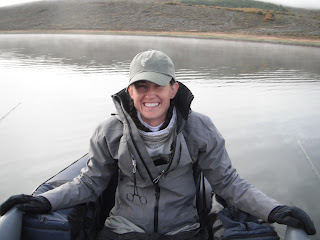 (I have a lot of drafts written, but never posted. I was going through my drafts today, and happened upon this post. Not sure why I didn't post it months ago when I wrote it. Here it is today.)

I don't write much about eating disorders anymore: They're not really a part of my present life.
I recently found a blog written by a therapist who treats eating disorders. She happened to be a pretty important part of my recovery.

Reading her blog took me back, so I decided to share this story:

The first time I ever said "No" to anyone, was about five minutes after a group session. The focus was on me. We were talking about all the things I do to make people like me. I was inpatient, so my list was specific to that setting:

1. Follow all the rules.
2. Smile.
3. Talk to other people about what they are struggling with, and never mentioning my struggles.

She told me to stop it. Stop doing those things.
It made my head hurt.

Stop doing those things? Like... just stop smiling? For how long? Stop following rules? I'm locked up here! If I don't follow rules... won't they kick me out? The staff will hate me if I don't do what they say. The other girls will hate me if I talk about my struggles. People don't want to hear about me... What if I agree with the rules? Do I still have to stop following them? Aren't rules there to protect me? How can I trust ME to know what rules to break? What if I FEEL like smiling? Do I still have to stop? I don't even know when I smile because I feel it... or if I just always smile because I know other people like my smile. I don't like talking about me... I like hearing about others. I WANT to be a good friend to them. Not talking to them about their struggles - that would feel really lonely. And rules. What rules can I break? What if I'm following rules because I don't like the consequences imposed upon me? I don't want to waste the church's money or my time by not taking full advantage of every second of treatment. But, if breaking the rules is her assignment, then I have to break rules to take full advantage of every second of treatment. What does she mean?? What the hell am I supposed to do with all of this conflict in my head?

Group ended before I had a chance to vocalize the spiral of confusion. After group, we ate. There was a rule that we weren't allowed to have our watches on during meals and snacks. (I don't know why, so don't ask. It didn't make sense to me then, and it definitely doesn't make sense to me now that I have this much distance from it all.) I forgot and still had it on. One of the staff put her hand out and told me to give her my watch. I sat there for a moment. My face got flushed. My head was spinning. My heart was racing... and then I realized I didn't HAVE to break the rule OR follow the rule.

This was a rule I didn't understand, and I didn't agree with. (I didn't disagree with it - I just didn't agree.) Also, I didn't think anyone could get hurt by breaking THIS rule. If I had to break a rule, it might as well be a small one. I looked at her and said, "No. I don't think so."

In that moment, there was the tiniest spark of something new. I had choices. The best way to take advantage of treatment wasn't to just follow all the rules - it was to find out what I wanted and what was best for ME. The best way to live life might just be the same.

I stopped trying to be perfect. There was a shift in me. I stopped accepting what I was told and started thinking about it. Weighing things out in my own mind. It was the beginning of a whole new Jen.

Five years later, look what that first little spark started... LOOK who I have become since then.

Email ThisBlogThis!Share to TwitterShare to FacebookShare to Pinterest
: blast from the past, eating disorder, perfectionism